Coventry Neighbors, Inc. (CNI) was a civic betterment organization that was instrumental in shaping the Coventry Village community that we know today. When CNI was formed in 1969, it was to address concerns that many residents had with the apartment building stock of the neighborhood. Rents were rising, however the maintenance and upkeep of some buildings were declining. CNI soon realized that true community revitalization required a knowledgeable and involved citizenry. CNI provided an outlet where concerned residents could band together and intelligently work for a better Coventry neighborhood and in turn, a greater Cleveland Heights.

Coventry Neighbors was dedicated to the principle that community betterment is a non-partisan goal that requires teamwork and cooperation among the principal “players” of civic life. Neighbors, property owners, tenants, the business community, and City Hall were encouraged to work together intelligently. During the organization’s “heyday,” CNI representatives regularly attended City Council and other decision-making bodies such as the Planning Commission and the Board of Zoning Appeals and took stands on important issues of the day. 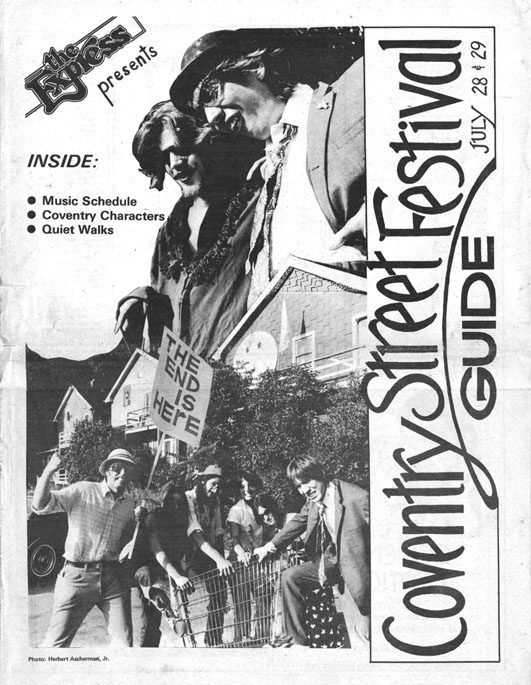 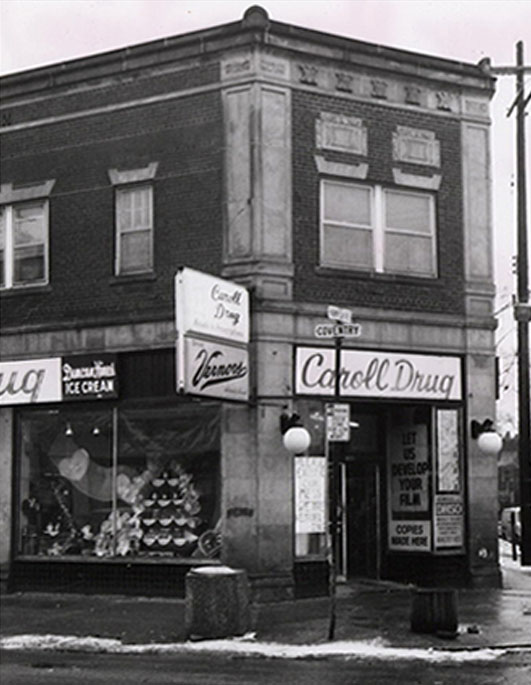 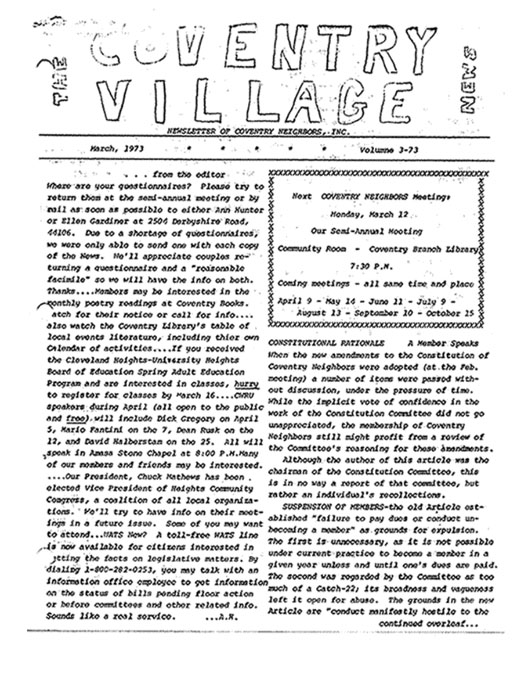