A Restful Place to Take the Cure

Cleveland Heights: A Restful Place to “Take the Cure”

In the early 1900s, Cleveland Heights was billed as a restful escape from the hustle and bustle of downtown Cleveland. By the 1920s, however, area residents could find even more rest and care at one of two Cleveland Heights sanitariums. 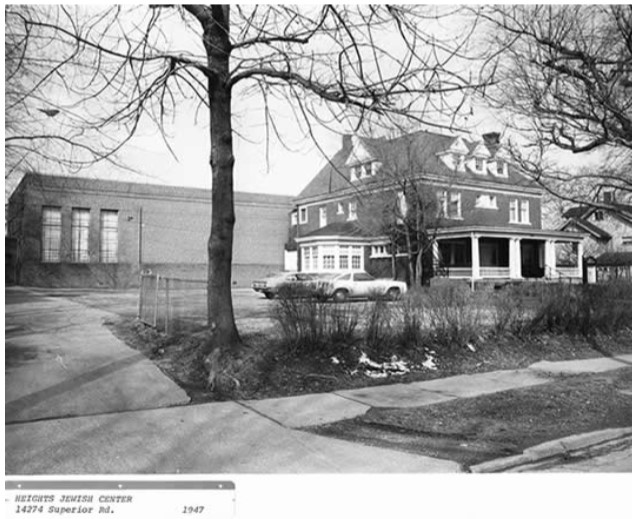 Rest Haven, “The Sanitarium in the Heights,” was located at 14274 Superior Road, now the sire of the Motorcars Toyota Dealership and Police Precinct 1. The exclusive business resided in the former Stone residence. Moritz Stone, who lived on Mayfield Road, built the home in 1909 for his son Isaac. Isaac Stone lived in the home until 1927, when he moved to 2509 Overlook Rd. However, the business was short lived, and does not appear in the 1928 City Directory. In 1928, the house was deeded to the Heights Orthodox Congregation. Beginning in the 1930s, the Stone residence became the long-time home of the Heights Jewish Center.

While both institutions did not last long, they prided themselves in keeping their patients “contented and happy” and were housed in two of Cleveland Heights’s beautiful, old homes. 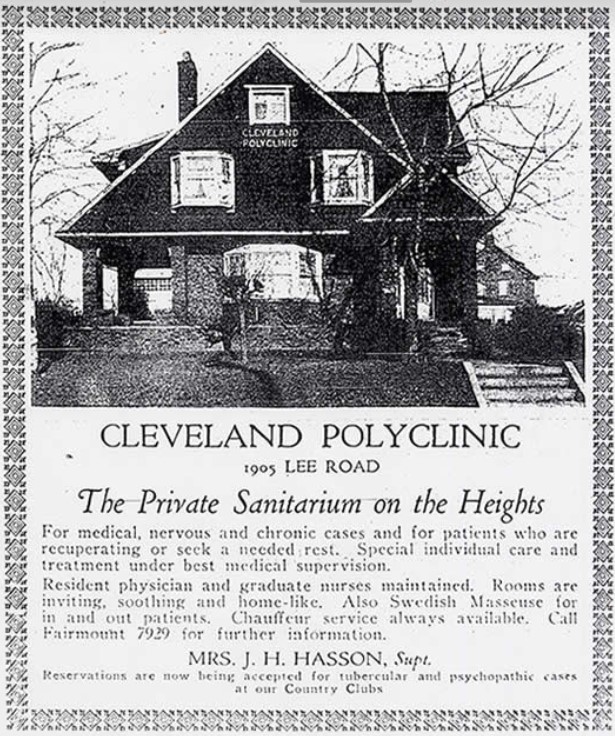 Cleveland Polyclinic Ad from Topics, 3/31/28. Thanks to Craig Bobby for locating.